The start of this "World Premiere" for the new Olympic Discipline, the EUROSAF Mixed Offshore European Championship takes off with a nice sailing in front of the iconic San Marco square in the very center of Venice, Italy.

An interested audience was welcoming the seven teams including several Olympic medals, Figaro sailors, ocean race veterans, and offshore sailors, who took the start of the 187 nm distance race just outside the entrance of Laguna di Venezia in a solid 12 kts north-westerly breeze and nice flat water.

Right after the start, the fleet was divided into two different strategic approaches: some teams used a Code Zero head sail mainly "on route" (approximately 120° to the first mark, the island of Susak in Croatia) while the others sailed a more southern course with a Gennaker, heading towards a foreseen southerly wind-shift, with the Scirocco wind filling in the Adriatic Sea later in the evening.

Despite two different strategies the fleet arrived almost packed at the rounding of the first mark after about 10 hours from the start. It was really nice to see how close is the offshore racing when sailed in one design boats. Everything in the event was “new”, including the boats, but the passion of the sailors, the MNAs involved, the L30 class, the boatyard, and the organizers was enough to make everything go well. Conditions at night were breezy (in the range of 30 kts with bumpy seas) but the southern wind was helping the fleet to keep the race on a fast track. All boats performed well with no damages and all seven teams competed very closely till the final rush. 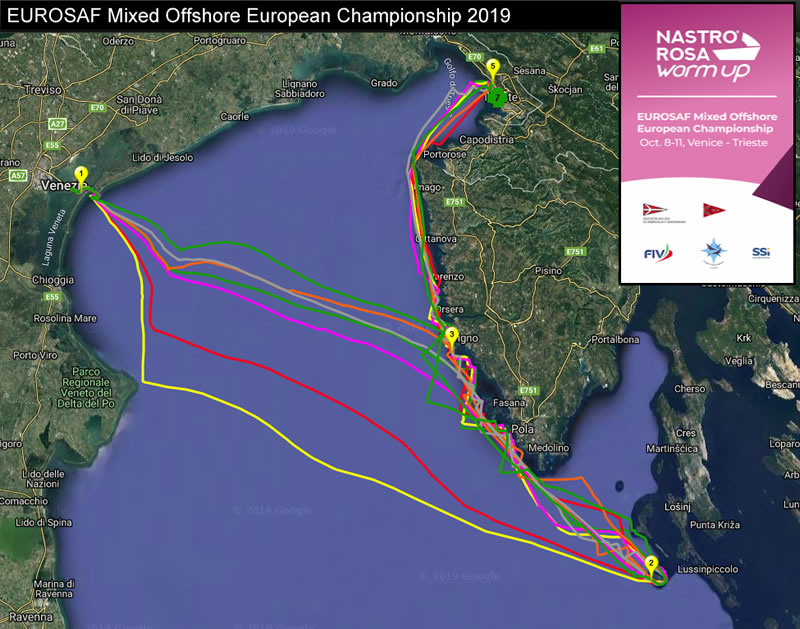 You can watch the tracking using the “replay” tag on www.ssi.events to see how the fleet, after reaching the mark of "San Giovanni in Pelago", a very beautiful rock with a lighthouse on the Croatian costs, headed to the finishing line in Trieste right in front of Società Velica di Barcola e Grignano.

The Austrian team was building a nice leading right after the start sailing as first towards the South wind that was foreseen in the weather forecast. They rounded the Island of Susak in first place, followed by the the Belgian team, the French team, and the Australian-Italian team of Liz Wardley.

This top four boats sailed in a close pack in the following light breeze along the Croatian and Slovenian shore until a partially rebuilding breeze brought them to the finishing line in Trieste stretching the fleet a little bit. The leadership of the Austrian team consolidated and they crossed the line at 2:00 am, becoming the first European Champions of this new discipline! At 2:36 arrived the Belgian team, winning the silver medal, at 2:43 the Australian-Italian team, and at 2:48 the French team as bronze medalist.

The teams moored in front of the hospitality truck of the European Championship and the Nastro Rosa 2020, the Italian Sailing Tour that will be sailed in 2020, positioned at the entrance of the Barcolana Village were thousands of daily visitors found all the info about the event.

Comments from the sailors have been enthusiastic for this very "premiere" of the new Olympic discipline, said Riccardo Simoneschi of SSI and race manager of the event. "There is a lot of talking about this new discipline in the sailing world and I also was, personally, really interested in making a very first practical experience. I think we have learned a lot and seen the high potential of this discipline for sailing, despite many details that still have to be sorted out to make it working at the best. I'm positive and think that like every new idea, after a controversial starting, will find the right balance in the World of Sailing and in the Olympic if WS will be smart to make the right adjustments to the actual Olympic program. Many thanks to the Italian Sailing Federation, EUROSAF, Yacht Club Venezia (hosting Yacht Club), and Società Velica di Barcola e Grignano for their support, to Marina di Sant'Elena for the logistic hospitality in Venice, to Barcolana for the hospitality in Trieste, and to the L30 Class for the effort put forward to be ready in time.”

Prize Giving was held on Saturday at 11 am in the Barcolana Village at the Prosecco Dock Hospitality in the beautiful and crowded Piazza dell’Unità in presence of a nice audience. 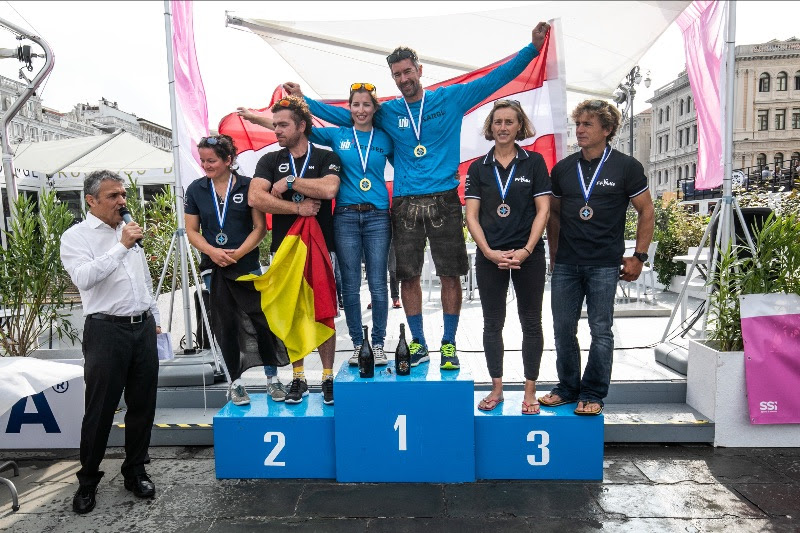