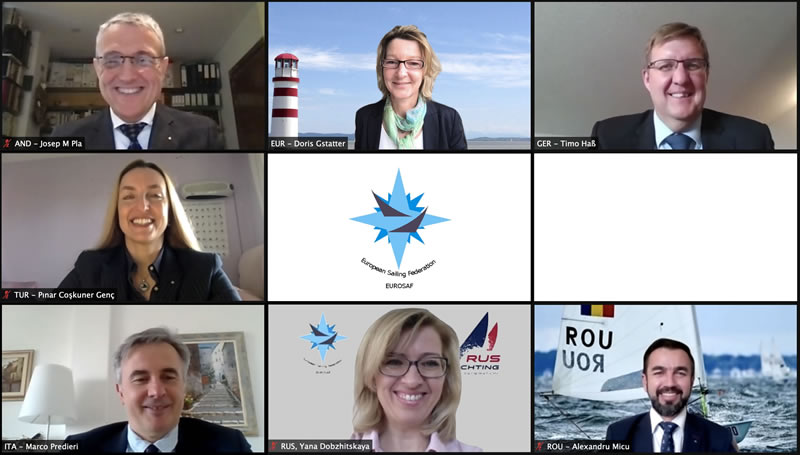 The delegates at the Ordinary General Assembly of the European Sailing Federation (EUROSAF) decided about the composition of the Executive Board of the Federation for the next four years.

Josep M. Pla, president of the Andorran Sailing Federation, was confirmed as president for another term in office. Pınar Coşkuner Genç (TUR), Yana Dobzhitskaya (RUS), Timo Hass (GER) and Marco Predieri (ITA) were re-elected in their roles as vice-presidents for the next four years. Anne Mallédant (FRA) and Alexandru Octavian Micu (ROU) complete the Executive Board in the upcoming term.